The judges of the fair were impressed by Gareth's high level of understanding and the technical skill which the project displayed. Gareth's project used an Arduino microcontroller to accurately measure and record the speed of his launches.

"I conducted several tests to see if I could come any closer to finding an energy efficient solution for reducing carbon waste in train systems."

This isn't the first project Gareth has done using Arduino. Gareth has participated in Young Engineers Workshop Programs for 3 years where he has built up knowledge and experience in electronics. Gareth has really taken the skills he's acquired in our programs to the next level.

At Young Engineers Workshop, Gareth has been exposed to many types of technology and engineering but has developed a particular interest in electronics. He has built a few impressive projects from scratch including a motor, a flashlight that runs from dead batteries and an autonomous robot.

Gareth won 1st in the Physical and Material World Category, Best in Innovation, Invention or Investigation and the Science Award Trust Prize.

"Winning this prize has inspired me to want to focus more on technology and science to find innovative solutions to problems that we face in the world."

Goldilocks and the 3 Robots 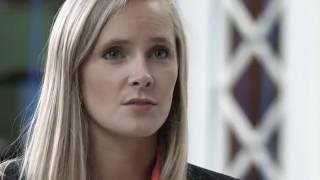